What’s Your Time Worth? 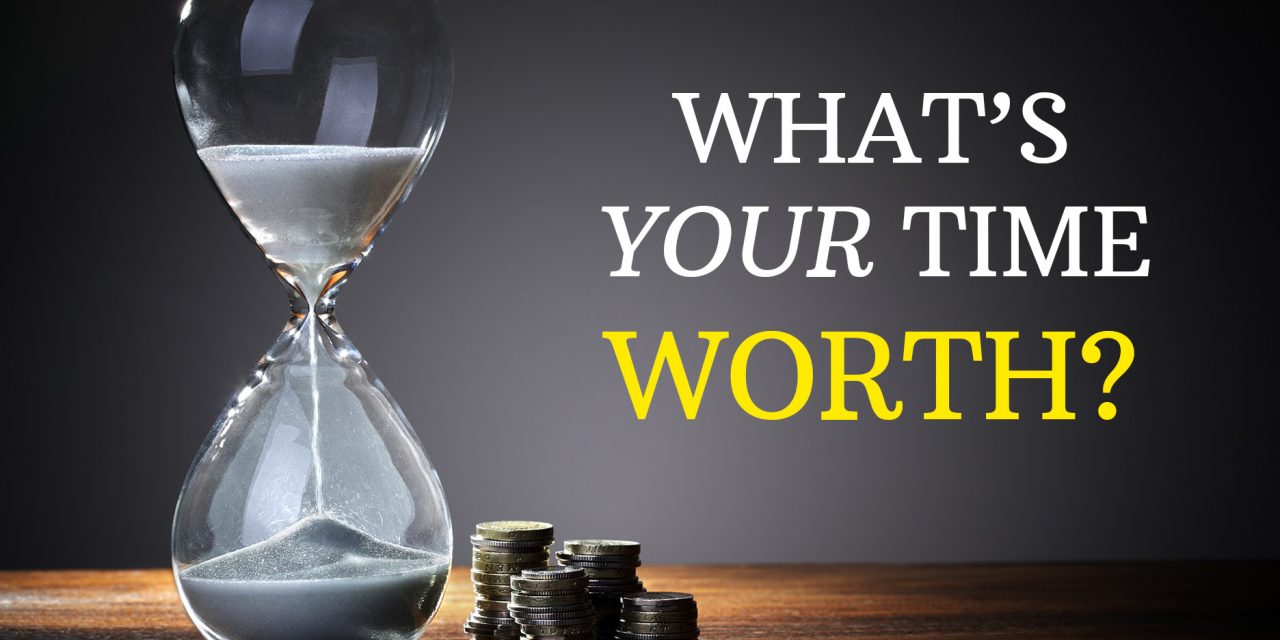 We spend a lot of time in our offices talking about how to maximize our time each day to get the most value possible. And it should be an important focus for you as well.

In your business, there are lots of jobs that people do for around $10 per hour. Washing cars, moving cars, sealing envelopes, writing on windows, blowing up balloons, putting paper in the copy machine, callings leads, working the cashier’s desk, greeting customers, setting appointments, answering the phones, cutting grass, sweeping the lot, shoveling snow, standing around drinking coffee.

Now, let’s be intellectually honest for a moment…

Have you performed any of those duties recently? Maybe. But are these tasks the most valuable work you could be doing? No. Enough said.

Now, at your dealership, there are jobs that are more like $100 per hour. Desking deals, selling back-end products, negotiating with banks, closing deals, training sales people, buying cars, managing the service department.

Have you engaged in any of these activities lately? Most likely you have. So what? They’re important, right?

If you’re doing $100 per hour stuff, how can you expect to make $500 per hour? This is a very real problem in most dealerships. Understand that your role is captain. Captains of ships, leaders of organizations, they make $500 per hour. Everything else can be delegated to someone else for less.

Charting course, setting goals, managing values, creating vision, designing systems that can be used many times over, being an asset to your business can leverage (like a marketing personality), planning marketing that will bring in lots of customers, inspiring and motivating others, deciding “what’s next” for the business, growing wealth, building equity and assets, meeting with advisors and other dealers with similar goals and values.

The key is to realize that every hour you spend on a $10 or $100 per hour job is an hour you don’t spend making the big money. It’s important to analyze your time log and to consider the value per hour of the activities you’re filling your time with. Then ask yourself which of those lower value activities you can outsource to someone else. Be brutally honest with yourself about it. Don’t wimp out!

The biggest mistake you can make is to (falsely) believe that you’re so good that you have to keep doing (fill in the blank). First of all, even if you’re the best, you’re also the most expensive. So even if it takes someone else twice as long to do the same thing, it’s still worth them doing it instead of you. And even if you can do it a little bit better, someone else doing it “good” is always better than you doing it “perfectly”. Finally, get over yourself! There’s always somebody who can do it better than you can. The #1 skill you can learn in your new role as captain is to delegate, then get out of the way!