What Networking Can Teach You About Selling Cars 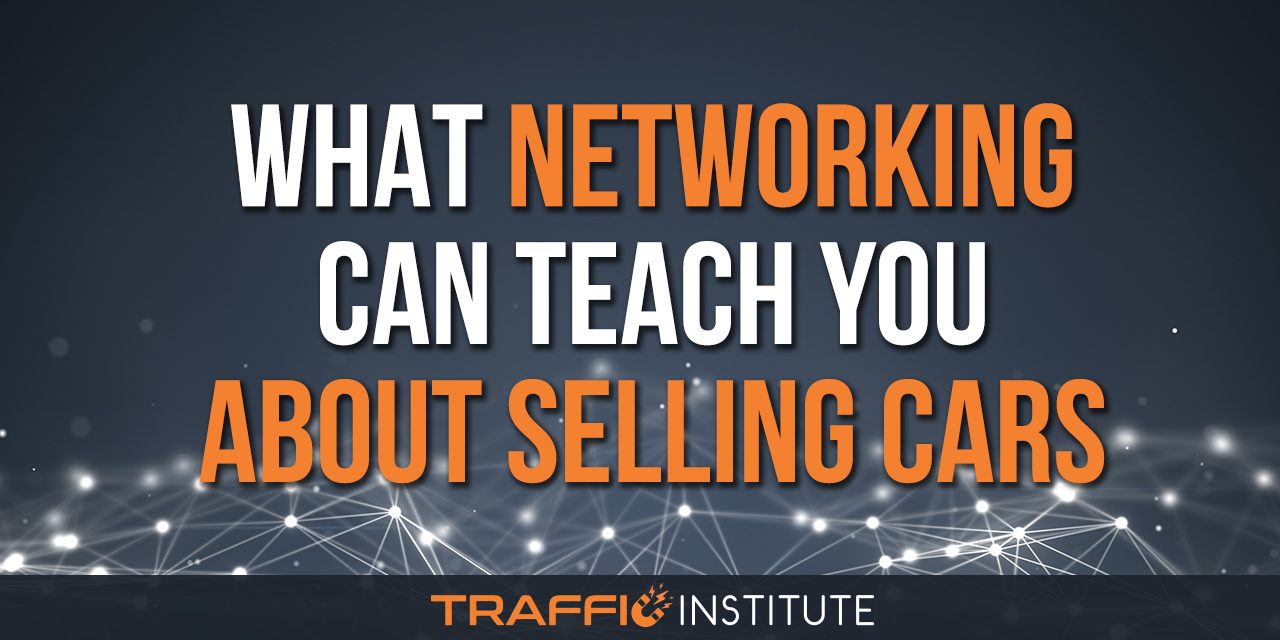 When we were first getting started in our business, we went to A LOT of networking events. The other week, we were reflecting on these experiences and we realized that there’s a lot about networking that applies to selling cars.

For example, imagine you and four other individuals enter a room with 100 people and you are all trying to sell the same thing. The room is divided into two groups—two people (who you know have expressed interest in your product) are on one side and the remaining 98 (who have not expressed interest) are on the other. Your four biggest competitors all immediately head over to the two interested people and launch into identical sales pitches.

What are you going to do?

The worst thing you could do: Follow your competitors over to the two buyers believing that if you deliver your pitch, which happens to be the same pitch as all your competitors, you can win over these interested leads. But what’s the outcome of this approach?

One, maybe you manage to be heard over your competitors. But since there’s no differentiation between you and your competitors other than the fact that your pitch was better (this time), who has all the power? Those buyers because what you’re selling is merely a commodity at that point. And people buy commodities based on price. So even if you capture their business, you don’t really win: you lose.

Or you close the two people interested in buying your product. Great—you’ve made a whopping *2* sales.

Not a lot of upside here.

A better choice: Don’t follow your competitors! Instead, make a beeline for those 98 being ignored by the others! Find out why they haven’t expressed interest in what you have to sell. Listen to their objections and find a way to overcome those obstacles.

Now you are working a crowd 49 times larger than your competitors and no one else is competing against you. When you put in the hard work to connect with this audience, think of the upside to your sales—98 versus 2.

The best choice: Don’t go to either group. Instead, create a reason for both groups to come to you. One of our greatest successes in networking was when we realized the big thing that was missing from the events—nametags. There were all of these people, but no one had any way of identifying themselves. So we brought a label maker and started giving out free nametags in exchange for business contacts. We made a lot of connections that way. But how does this work for selling cars?

When you create a true buying preference, you’ll attract shoppers from both pools of prospects—those who are actively looking for what you are selling AND those who need or want what you are selling but haven’t even expressed interest yet. That’s gets you exposure to 100% of the pool, drastically increasing the number of people you can sell to at any given time.